Founded in 1901, Wrexham Swimming Club is the oldest Swimming Club in North Wales. The Club’s original home was the Tuttle Street Swimming Baths, which when opened were considered state-of-the-art, being heated using the next-door incinerator!! 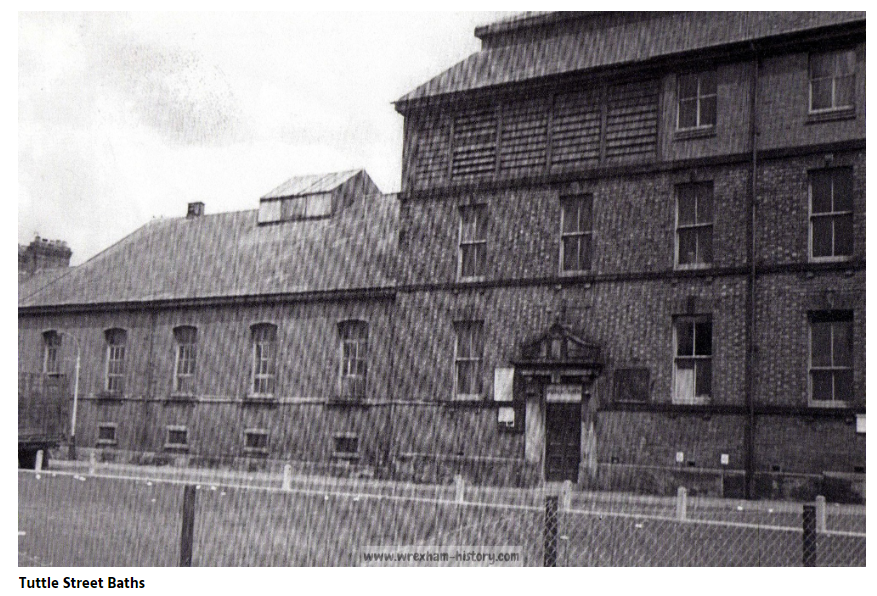 During its infancy, and for many years, the Club had several dignitaries involved in helping run the club from various, Sirs to a number of Lords and Ladies.

Back then the club didn’t just focus on swimming, it also had a very active Water Polo Team and on many occasions the Team were even known to play and train in the River Dee at Holt!

As they didn’t have the modern methods of communication we have today e.g. Email, Facebook etc, the Club used several innovative ways to advertise the club, galas and games - from notice boards outside local hotels to even securing the services of a Sandwich Board Man to walk around Wrexham.

In May 1970, the Club moved from the old baths at Tuttle Street into the ‘New Wrexham Swimming Baths’ and in 1998 the Queen, accompanied by the Duke of Edinburgh, opened ‘Wrexham's Waterworld’, the Club’s current home.

We continue to successfully organise Swimming Galas and teams from all over the Country regularly attend our Galas and return year after year.

In recognition for the club’s improvements & results over the past few years, in September 2019, following extensive discussions between the Coaching Team, Committee and Swim Wales, the Club signed a Performance Centre Agreement with Swim Wales.

Wrexham Swimming Club is now only 1 of 12 Club’s that are nationally supported in this way, by Swim Wales, by providing support and guidance to the club in helping us to achieve our goals to move forward for the benefit of all our members.

Many years ago, as referenced earlier, we had many Lords and Ladies involved in the Club, well today we don’t have people with titles, but those who are involved at all levels of the club from the swimmers themselves, parents, volunteers, coaches and committee members are extremely hard working and give a great deal of their time, because they care and are proud to be involved in Wrexham Swimming Club.